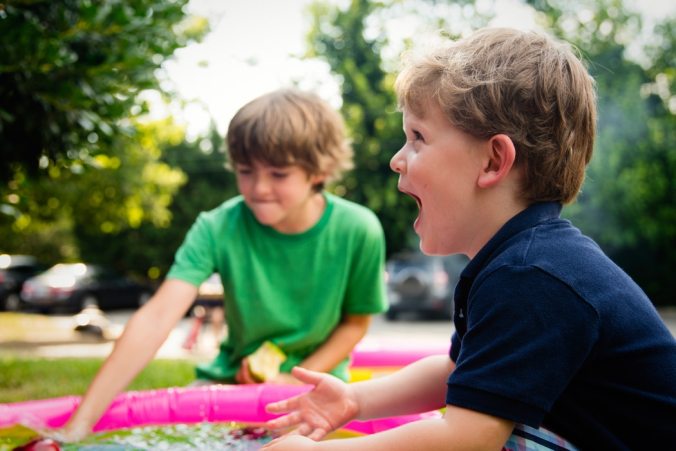 This summer a beautiful family welcomed me into their home! I work for an event planning company which clears a common misconception, I’m not their nanny. I really just wanted to live with a bunch of kids running around. To clear another misconception, I have a good loving family myself in this same town. But the question remains:

Why live with this family?

I had recently heard about a group of families who would “teen swop” for a year. The goal was to experience the faith and its unique expression within a different family culture. I wanted this experience too as I continue to consider the direction of my life.

For an hour each weekday morning, I help get the seven children up and moving. One day, I was eating breakfast with the little boy I will call Henry, 2 years old, who thought the CAT digging machine hiding behind the trees was a T-Rex. He sang who knows what in hilariously varying pitches as he ate his half bagel and cream cheese. Needless to say, we enjoyed our morning breakfast. As momentum picked up, and it was time to bring everyone upstairs from the cartoons, there was a little hesitation in me. Am I going to be able to stay strong, in charge, and yet full of gentleness and patience?  Am I going to be able to handle helping everyone navigate their desires and concupiscence? It’s real and all there amidst the muffin with the extra cinnamon crumbles and the coveted floor sweeping chore after breakfast. I need the Lord’s presence in it all. I need to know I’m not alone and that with the Lord there’s room for mistakes.

Some days I leave amazed by myself in action. Somedays I leave overwhelmed or sorrowful or just skidding by without withdrawing myself. In every situation the Lord is present, and these children remain such a sign to me of Him, His love for me in everything, and that He loves me too much to leave me where I am.

One morning as I struggled with the poor child who had a diaper rash and tried to be gentle with the oldest daughter who had received some hurtful words, I peered my head from around the corner remembering I left a hungry little boy, Anthony I will call him, not even a year old, with his oatmeal out of arm’s reach but in front of him at the table. As I moved my head further out, there was his four-year-old brother, Sam, who had jumped in and was feeding him with a big grin on his face. Those two were living it up. Sam would feed his little brother and in amazement and almost laughing would comment on his big bites. He got napkins to try to keep Anthony clean during the process and I laughed at the little man’s attempts to feed his older brother.

The simplicity and delight these children take in life…it does something to me.

One Sunday, I was entrusted with the task of bringing everyone to Mass. Mom and dad would be gone for the time being, but I was not alone, I was in the company of six of the seven children and five of the six children were able to dress themselves. For this, I was grateful! The drama of the morning was not diaper rashes or children running out the front door without pants on. The drama of the morning was a little boy and the hamburger bun.

Everyone excitedly ate sugary cereal, and then were off to get dressed for Mass. All except Sam. I scan my eyes across the room and I see him climbing on a chair into the pantry. In his hands was a package of hamburger buns. He wanted to eat a hamburger bun “right now.” I’m foreseeing the struggle he’s about to experience when I stop him from pulling down the bag of buns, and begin to look for words and understanding.

I didn’t want him to feel ridiculous or ashamed because he wanted the hamburger bun. I affirmed his desire, but also enforced some boundaries. I don’t not have children, but I’m a child myself. Flowing from my heart was how I try to treat those crazy, hamburger bun eating kids inside of me.

I tried to help him to see that he would have it at lunch, and having little idea about the cognitive development of a four-year-old, but going for it anyways, I shared with him the reasons I had for setting up this limitation, namely cinnamon toast crunch + donut was already happening in his life and we needed the buns for sandwiches for lunch.

It was time to help his brother get ready. When I finished, I found him on the porch, arms crossed, sitting on the porch swing. He wasn’t giving up. He had decided he wouldn’t get dressed until that hamburger bun was his. As I talked to him, I could see him becoming more content with the idea of waiting. In a moment of becoming aware of being swayed by my words, he tightened up again. He crossed his arms. He would not back down.

There I saw myself reflected in him, tightening up, afraid of losing my ground. Deeper in Sam than his strong, self-centered will, is a desire to be strong and humble. In his innermost being is the Holy Spirit (TOB 16.1). As incomputable as it is experienced, it’s true that admitting we are wrong and that someone knows what is better for us makes us stronger and more humble people. The truth in love is convicting. This, along with threatening no hamburger bun the whole day, gave Sam all he needed to respond to what was good for him. Seeing this boy lay aside his pride through the conviction of a deeper desire and loving support was so beautiful to me.

I turned to Sam as we walked to our car after Mass. “Sam, you finally get the hamburger bun!” He reacted with surprise, gratitude and a fist punch into the air. Again, I was grateful for the beauty of his choice and my participation in it.

There is so much to be received from children. I hope that you, too, receive all the Lord has for you in your relationship with the children in your life! 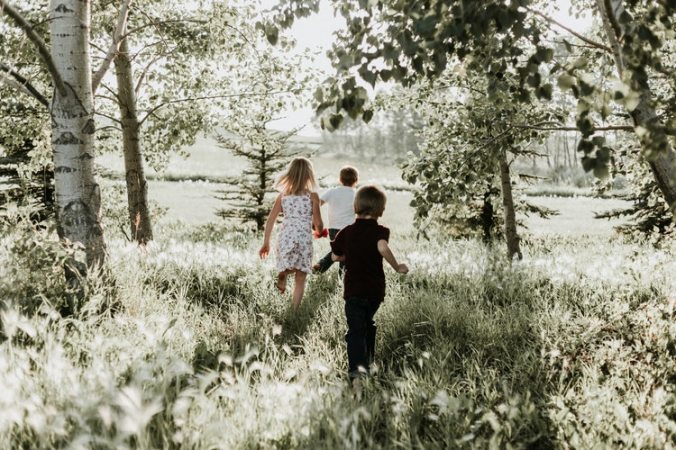